According to the CDC, approximately 48 million people get sick from a foodborne illness each year. Of those, 128,000 are hospitalized and 3,000 die. If one of your patrons becomes sick from food you serve and is injured, you could be found liable, which is why it is essential to carry food and beverage insurance.

Over 250 types of foodborne diseases exist. Most are infections caused by bacteria, viruses, and parasites that are transmitted through food.

Poisonings are another type of foodborne illness, caused by toxins or chemicals that contaminate the food.

A full list of the types of foodborne illnesses can be found on the CDC website, here. 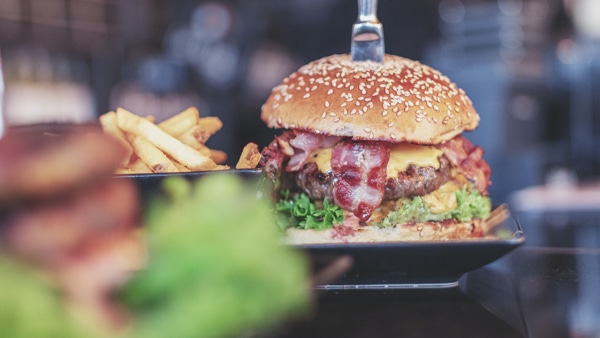 As a food or beverage producer, you are at risk for a lawsuit if your food makes someone sick from sub-par food-preparation methods or bad food. A single lawsuit can damage your finances and your reputation, a double-whammy that many small food or beverage vendors can’t recover from.

Even larger food businesses aren’t immune from the damaging effects of a foodborne illness and the resulting fall-out. Take a look at Chipotle’s recent troubles with a Norovirus lawsuit following a string of other food safety incidents in 2015.

These six foodborne illnesses are blamed for the majority of all food-poisoning infections in the US and all are preventable with proper food care and preparation.

This bacteria is found in the digestive tracts of humans and animals. You can contract an E. Coli infection if you drink or eat food that was contaminated during processing and not cooked correctly, or come into contact with an infected person who has not washed their hands properly.

The Listeria bacteria is found in soil, water, and some animals, including poultry and cattle. Contaminated raw milk, foods made from raw milk, meats and food processed in plants can all carry Listeria.

Listeria can survive in cold temperatures and the only way to kill it is through cooking and pasteurization. Foods that carry Listeria are, ready-to-eat deli meats and hot dogs, refrigerated pâtés or meat spreads, unpasteurized milk and dairy products, soft cheese made with unpasteurized milk, smoked seafood, and raw sprouts.

Salmonella is more common in the summer than in the winter. Food can be contaminated during processing or handling.

Beef, poultry, milk, and eggs are the most common culprits, but vegetables may also be contaminated.

This virus is easily spread through food or drink and scientists estimate that nearly half of all foodborne illnesses are caused by a norovirus.

You can become infected when you eat or drink contaminated foods and beverages, particularly raw or undercooked oysters and raw fruits and vegetables. People also become sick if they touch an object or surface that has been infected and then touch their nose, mouth, or eyes. Unhygienic food workers can be a source.

Approximately 845,000 illnesses in the U.S. are caused by Campylobacter each year. It is found in food, especially raw poultry when it comes into contact with animal feces. Any raw poultry may have Campylobacter, particularly organic and “free range” products.

A dangerous bacteria that produces toxins that are harmful to humans. Food poisoning from Clostridium perfringens is common, but not severe and is similar to the 24-hour flu. However, a Type C strain can cause a serious condition called Pig-bel Syndrome that can kill intestinal cells and is often fatal.

Undercooked meats, often prepared in large quantities and left to sit out for a period of time are usually sources of Clostridium perfringens. Meat products such as stews, casseroles, and gravy are often sources and this why this bacteria is called the “food service germ.”

How To Prevent Foodborne Illnesses

Follow these four food-handling protocols to prevent foodborne illnesses in your clients.

No matter how careful you are or how strict your food handling protocols are, mishaps can happen and there is always a possibility that someone could become ill after eating your food. With food and beverage insurance from FLIP, you can protect your business if you were to face a liability lawsuit due to foodborne illnesses.

All insurance policies have conditions, limitations and exclusions. Please refer to the policy for exact coverages.

Austin Dykstra has written about everything from Instagram marketing to online reputation management. He is now firmly entrenched in the thrilling world of insurance. You can find Austin on LinkedIn, Instagram, or Twitter, where he’s meekly re-entering the fray after quitting during the 2016 election cycle. 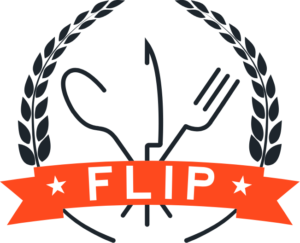